by Sergey Tkachenko
Completed:
- components themselves
- help file
- video demonstrations
- demo project (the first version will include a single demo project that you can see in videos)
- icons for new actions

I still believe that we can complete this work in this month.
Meanwhile, we will publish exe-demos.
by Sergey Tkachenko
Well, making and changing the package files manually appeared too complicated, several hours for a single version of RAD Studio.
So we are creating an utility to generate packages for any version of Delphi and C++Builder. It appeared more easy than I thought, and definitely will be faster than making all packages manually.
And it will help in future:
- adding a new unit to all packages will take a minute instead of hours,
- we will be able to create packages for all thirdparty addons (such as ReportBuilder or DevExpress wrappers)
- we will be able to configure RichViewActions in the installer
by jonjon
Have you considered GetIt on recent versions of Delphi ?
http://docwiki.embarcadero.com/RADStudi ... n/en/GetIt
by Sergey Tkachenko
As I understand, to use GetIt, developers need to submit their components to Embarcadero, and there are more licensing problems than technical problems, and they are currently offer only freeware packages via GetIt.
by jonjon
I don't know the specifics but it is very easy to use from an end-user point of view. Also, it looks like Embarcadero is trying to expand it. See: http://community.embarcadero.com/blogs? ... ry&id=8572
It might be worth contacting them to get more details.
by Sergey Tkachenko
Now, when we've released TRichView and RVMedia updates, we returned back to Report Workshop.

To do:
- set of sample report files
- a simple project for MongoDB
- to package everything in the installer
by Sergey Tkachenko
Demo for MongoDB: 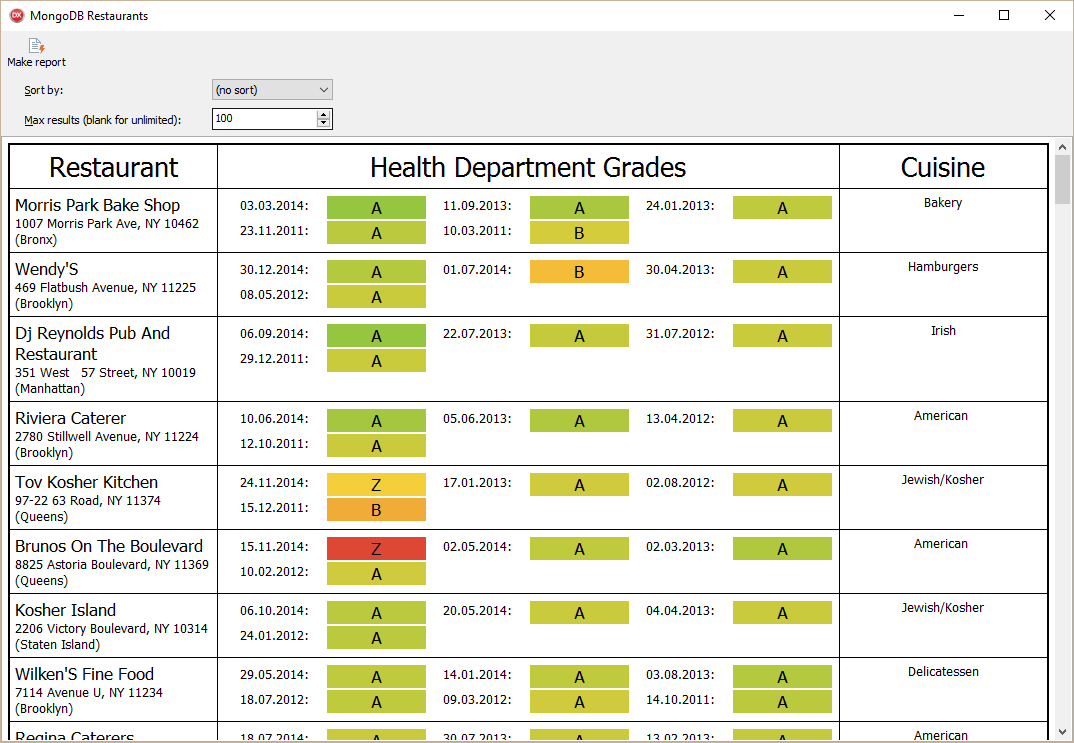